Warning: A non-numeric value encountered in /var/www/dmopc15.com/wp-content/themes/thekeynote-v1-00/include/gdlr-admin-option.php on line 10
 » Bishop Joseph of Patara 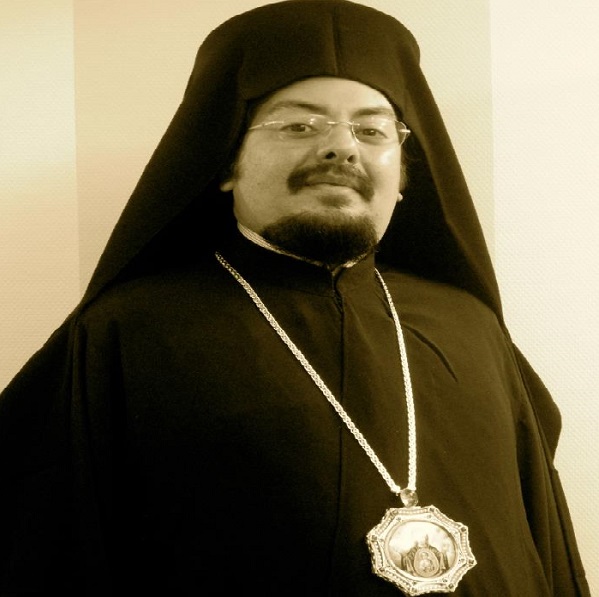 His Grace Bishop Joseph (Bosch) of Patara, was born in Cordoba, Argentina in 1976. In 1994, he completed his secondary education with honours in the Orthodox College of St. George in his birthplace.

Prompted by Kyrillos, the then Bishop of Arca, he went to Syria in 1995, in order to pursue clerical studies at the Holy Monastery of St. George of the Torrent and later in the St. John the Damascan Institute of Theology in Balamand, Lebanon.

In 2002 he went to Rome in order to complete his undergraduate studies in Theology, in the Catholic University of St. Thomas Aquinas (the Angelicum), where he graduated with honours in 2003. The following year he was awarded his Master’s degree with honours in Pastoral and Spiritual Catholic Theology, submitting a dissertation entitled ‘The Satisfaction of Repentance according to Thomas Aquinas’. In 2005 he completed his postgraduate studies at the School of Theology at the aforementioned Pontifical University with honours, submitting a dissertation entitled ‘St. John the Damascan as a Source for Part 1 of Thomas Aquinas’ Summa Theologica’. In 2006 he obtained a postgraduate degree with honours from the School of Pastoral Theology of the Aristotle University of Thessaloniki, submitting a dissertation entitled ‘The Theological Methodology of St. Gregory Palamas’.

In 2006, by order of His All Holiness, he returned to Argentina, where he has since served the eparchy of the Throne in South America. At the suggestion of His All Holiness, he was promoted to Archimandrite in February 2007 by His Eminence Metropolitan Tarasios of Buenos Aires and was appointed priest-in-charge of the Cathedral of St. George in Santiago and Church Commissioner of Chile. In 2008 he returned to his birthplace of Cordoba, where was appointed priest-in-charge of the church of Saint John the Baptist and Church Commissioner for Central and Northern Argentina, In 2010 he moved to Buenos Aires and took up duties as Dean of the Holy Metropolis, also being appointed priest-in-charge of the Cathedral Church of the Dormition of the Mother of God.

On 31 May 2012, he was unanimously elected Bishop of Patara, by the Holy and Sacred Synod of the Ecumenical Patriarchate.

He has served as a member of various committees of the World Council of Churches as representative of the Mother Church, as well as a member Patriarchal Delegations and Missions to General Assemblies of the WCC and other Inter-Christian conferences.

Digital ‘Word’: a reflection on evangelism in the virtual age