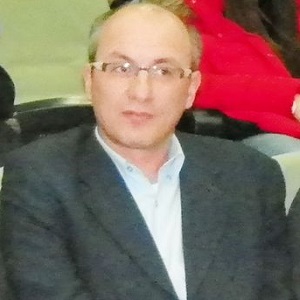 He is the  Director of the Child Psychiatric Department and Clinic at the Ippokrateio Hospital in Thessaloniki, and has been responsible for the in-hospitalization clinic at the same hospital since 2008. He attended Anavryta High, a pilot school, before graduating from the School of Medicine at the University of Athens, (1994). He gained his specialist qualifications in Child Psychiatry after training in the 2nd Psychiatric Clinic of the Aristotle University of Thessaloniki (2002) and was awarded a doctorate from the same university in 2008. He served as doctor in charge of the Child Guidance Centre of the Psychiatric Hospital in Thessaloniki and of the Mobile Unit of the Centre (2006-7).He has participated in scientific programmes of the National Institute of Social Health. He organized a special unit dealing with Attention Deficit and Hyperactivity Disorder in young children at the Ippokrateio Hospital of Thessaloniki. He is married, with four children.