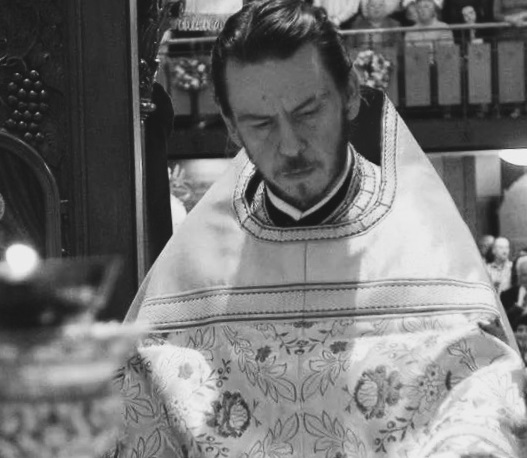 Oikonomos and Archepiscopal Vicar for the State of Queensland in Australia

Father Dimitri Tsakas was born and raised in Australia. Ordained by His Eminence Archbishop Stylianos to the Diaconate in 1991 and to the Priesthood in 1994, he currently serves as Proistamenos at the Parish-Community of Saint George in Brisbane and represents His Eminence in the capacity of Archepiscopal Vicar for the 4th Archdiocesan District of Queensland and Papua New Guinea of the Greek Orthodox Archdiocese of Australia.

In 1987 Fr Dimitri completed a Bachelor of Social Work with Honours. For several years he worked with disadvantaged groups before specialising in Psychotherapy with professional experience in Psychiatric Mental Health and the Family Court of Australia.

In 1997 he graduated from St Andrew’s Theological College with Bachelor of Theology and in 2007 was awarded a Master of International Relations from Sydney’s Macquarie University. His research focused upon Turkish and European Union relations.

Professionally, Father Dimitri continues to hold Accredited Membership of the Australian Association of Social Workers with specialisation in Mental Health.

Father Dimitri is married to Presvitera Michelle and has two sons. He enjoys a love for International Relations, Philosophy, History, and Inter-Cultural Dialogue. He has travelled extensively through Asia, Europe, Canada, and Australia.