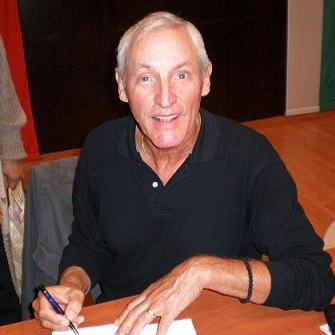 1945 – Born in Czechoslovakia at the time of the flight of the Red Army, the Russians invading the Reich: first three experiences of death (machine guns, starving, gas). Father left mother and children.

Klaus Kenneth, author, teacher and musician from Germany and Switzerland, well known guest and speaker in radio and TV broadcasts.For 12 years Kenneth has been travelling around the world : through India, Tibet, Thailand, from Arab countries to Mexico, from Africa to Alaska and from Korea to South America.During these years he travelled hundreds of thousands of kilometres, within and without; through all great world religions and philosophies.As a young man already he asked vital questions: What is love? Where is truth? Where is the soul or mind? Where is power coming from? What is life after all? Where to find unfading peace?He began the journey in search of life but ended up in drugs excesses, Asian mysticism, became a Buddhist monk, lived for seven years as a Hindu, visited almost all Muslim countries and had encounters with yogis and witchcraft.But his daily talks with Mother Teresa in Calcutta changed the direction of his path. He went up into the Himalayas to Tibet in search of a new religion and hope for definite answers. But all philosophy, or even the communist ideology, nor atheism provided him with the answers.But the knowledge of the American Indians together with the thrilling sorcery of Mexican magicians led him into a harrowing stay in the occult and satanic spirituality, until he was visited by the spirits themselves.This fatal journey, which lasted for half a lifetime, and counted 2 million kilometres, took a hard and unsuspected end, when he – standing in front of seven guns, ready to be shot – made a life-changing experience.It was the first time he met LIFE itself in a miraculous way. All these adventured he describes in a captivating manner in his book << Born to Hate, Reborn to Love >>. You may be interested in this dramatic search of Klaus Kenneth, finding hope and faith in God.For 18 years, Klaus Kenneth worked in frenchspeaking Switzerland as a teacher. He says: ” I was on the run from people and myself. It was a hell of a road full of hate and death, a flight in search of myself. “Ever since he is still “on the road”, giving conferences all over the world and talking about true LIVE genuine FREEDOM and everlasting LOVE, which he found at the end of his story.

From the digital valley of hunger to the “Bread of Life”