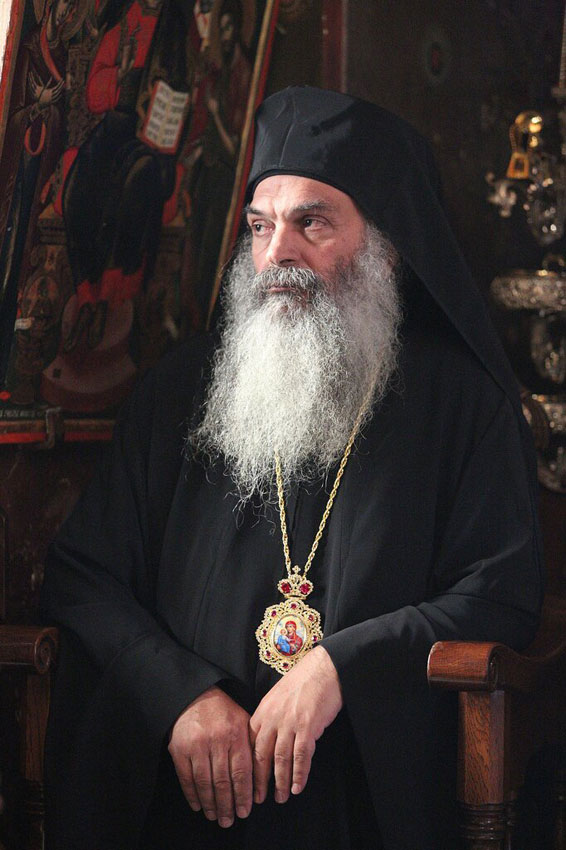 His Eminence the Archbishop of Central Africa Nikiforos (aka George Constantine) was born in Thessaloniki in the year 1949.
After graduating from the Practical School of Thessaloniki He attended the Church Tutorial Thessaloniki (1967-1969).

In 1975 he graduated from the Theological Faculty of the Aristotle University of Thessaloniki, and in 1999 received a doctorate from the Theology Department of the same school.

In 1971 he became a monk at the Monastery of The Holy Trinity near the city of Chania in Crete, Greece. On August 22 of the same year was ordained deacon.

In 1977 he went to Mount Athos, and became a professor at the Athoniada Ecclesiastical Academy and then assistant schoolmaster; in 1988, by proposal by the Holy Community of Mount Athos was appointed schoolmaster by the Ecumenical Patriarchate.

In 1997 he resigned from being the schoolmaster of Athoniada and at the invitation of the Archbishop of Albania Anastasios, undertook the organization of the First Ecclesiastical Lyceum in Gjirokastra.

From 2006 involved in the administration of the Orthodox University Congo “St. Athanasius Athonite, where he teaches.
He wrote many scientific studies and participated in several conferences in Greece and abroad.

On October 7, 2010, upon the recommendation of the Pope and Patriarch of Alexandria and All Africa Theodoros II, was elected by the Holy Synod, Metropolitan of Central Africa.