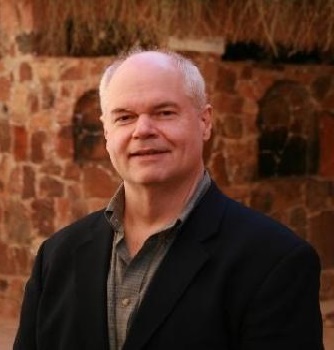 Most recently, Chumley has authored Be Still and Know: God’s Presence in Silence (Fortress Press, 2014) along with a companion one-hour ethnographic field film of the same title (bestillandknow.info). His critically acclaimed feature-length documentary,Mysteries of the Jesus Prayer, was seen in theaters, college campuses, churches, Comcast and FiOS VOD, and on over 365 public television stations (PBS) in the U.S. beginning in 2012. (JesusPrayerMovie.com).  It has since been featured in film festivals and on television in several countries, including Russia, Romania, and the U.K.

Dr. Chumley is currently a featured writer for the Huffington Post, after ten years as a columnist/blogger for Beliefnet.com, penning his own spirituality and health newsletter, which grew to over 1.3 million subscribers.  He is executive producer and host of the national public radio series, Rethinking Religion, for Columbia University’s Department of Religion: Institute for Religion, Culture and Public Life.

Additionally, Chumley is Adjunct Instructor of History and Criticism at New York University’s Tisch School of the Arts, Kanbar Institute of Undergraduate Film and Television, and is Chairman Emeritus of Manhattan Neighborhood Networks, the original and largest community media television network in America.