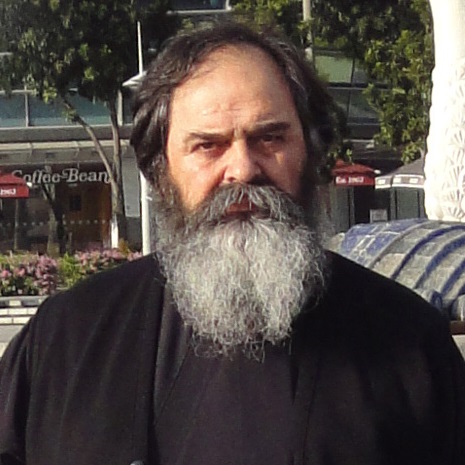 Born in Athens 53 years ago into a clerical family.

– Graduate of the School of Graphic Arts, Athens Polytechnic.

– Ordained deacon 31 years ago and priest 25 years ago by His Eminence Kallinikos, Metropolitan of Piraeus.

– On ordination he was appointed to the church of the Evangelistria in Piraeus. For the last 16 years he has exercised the office of Chairman of the church council, succeeding his father, Fr.Marinos Georgakopoulos.

– For sixteen years he has been in charge of the camps of the Metropolis of Piraeus.

– He has participated in the publishing efforts of the Dioceses of Piraeus and Dimitrias.

– Since 1991 he has been a Production Consultant for the television programme Arhondariki which is transmitted every Sunday by ET-1.

– He represents in the Church of Greece the Union of the Organizers of Greek Camps, in which he holds the post of secretary.

– Since 2010 he has headed the web site Synodoiporia.gr.