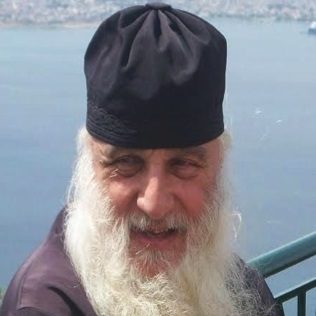 Born in 1946 in Constantinople, he is a graduate of the Economic University of Athens and the Theological School of the Capodistrian University of Athens. Between 1973 and 2013 he worked with the Apostoliki Diakonia (Mission Service) of the Church of Greece.  He was in charge of the Office for External Mission, of classes for prospective catechizers and the training of the latter. From 1980 to 2012 he was a producer of programmes for the Radio Station of the Church of Greece. He serves as priest-in-charge at the church of the Dormition of the Mother of God, Glyfada, in the Holy Metropolis of Glyfada, Ellinikon, Voula, Vouliagmerni and Vari. He is also in charge of the Seminar for the Confrontation of Parareligions and Heresies in the same Metropolis.