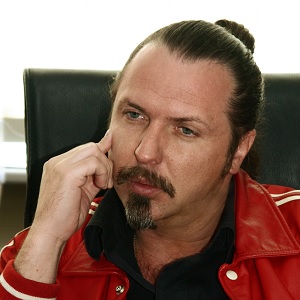 Development of corporate identity for more than 50 companies, including «Bolshoi theatre», Rambler.

Working in the area of photography. His personal exhibitions have made an art season’s event for several times in Moscow & in Hamburg. Among them – the photo exhibition “My Klava” (with model Claudia Schiffer).

One of the founders of the Orthodoxal portal and database “Rublev”.

More than 70 awards in total, including:

– «Сrystal Owl» (awarded by V. Voroshilov, for the creation  of video, dedicated for The Jubilee Games “What? Where? When?” (2000)

– :Hit of the season” award by Union of theatrical figures  – best performance of the year (2014) (“Flowers for Algernon”)

The “Rublev” orthodox digital library project. How the internet could offer spiritual benefits. New technologies in the Orthodox faith.